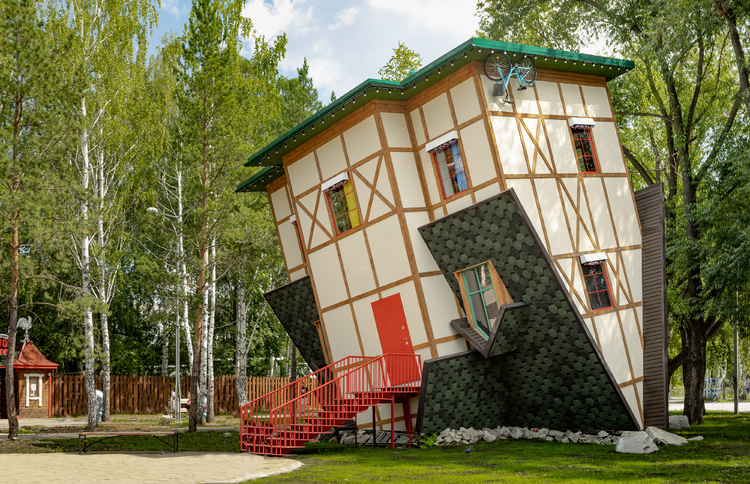 The architecture of the inverted house in Yekaterinburg has a four-pitched high roof and is the most popular working model in recreation and amusement parks.

The primary task when creating the project was minimalism, which corresponds to the corporate style of the Central Park named after V. Mayakovsky. The facade focuses on the little things inherent in an ordinary courtyard, there are: a bicycle, a bench, a mailbox, potted flowers, lighting.

With the joint work of the company "CULT-STROY" and the local artist @blago_dam, the space of the living room was organized, made in bright colors, using calligraphy and hieroglyphs.

Inside, as well as on the facade, we adhered to the task of detailing the space. The main task, when developing an internal concept, was to impress children with being in a space with their favorite characters.

For its implementation, the team of the company "CULT-STROY" designed and implemented 8 spaces based on famous games and cartoons, namely:

- Minecraft room
- the Adventure Time room
- Lego room
- Mario room
- the Packman Room
- Alice in Wonderland room.
⠀
Also, an additional task during the project was to increase the interactivity of the zones by adding elements from games.
For the Mario room, the team has developed a safe and practical digital game system that works upside down, where everyone can try themselves in games on an inverted screen.

In the "Minecraft" zone, we added character masks (see the photo). This made a huge impression on the children, since the first zone they see at the entrance is the "Minecraft"zone.

AR-characters also add interactivity and fascination to the zones, which further increase the reach on Instagram.
AR-characters are embedded in the rooms: "Minecraft", "Adventure Time", "Lego".

So, for example, in the Lego room, we scattered 5 thousand designer parts on the ceiling.

In the Alice in Wonderland room, we broke two piggy banks, a bottle of wine and scattered hundreds of coins to create an exhibition. 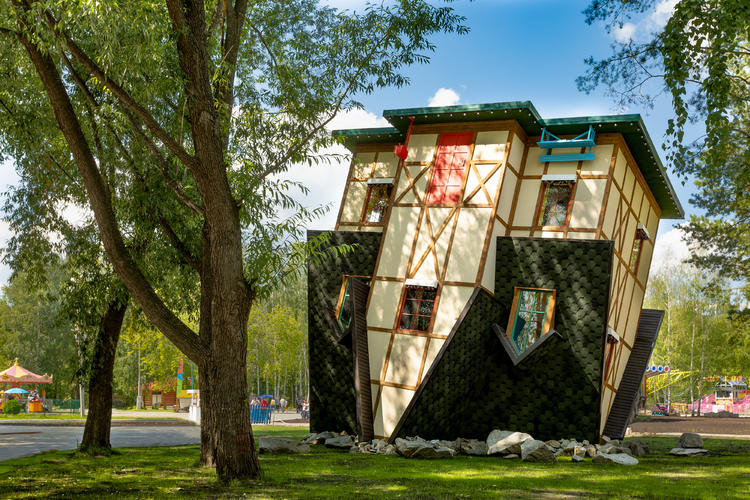 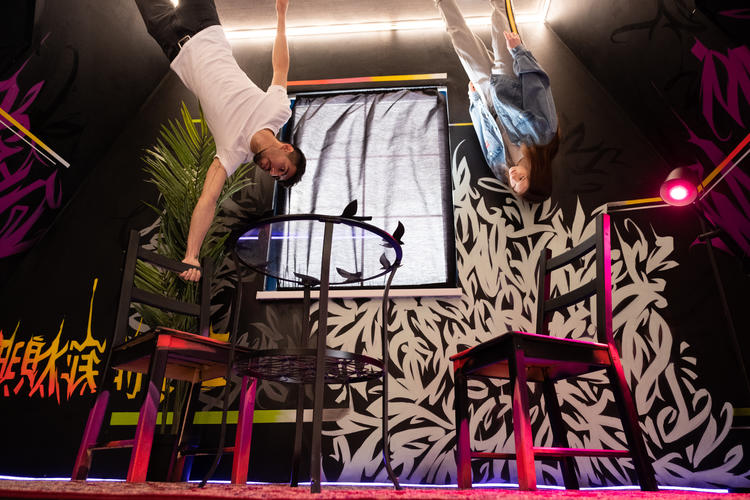 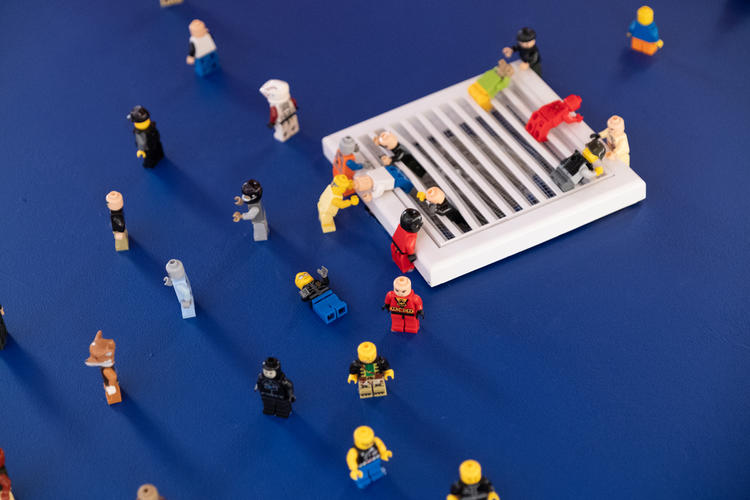 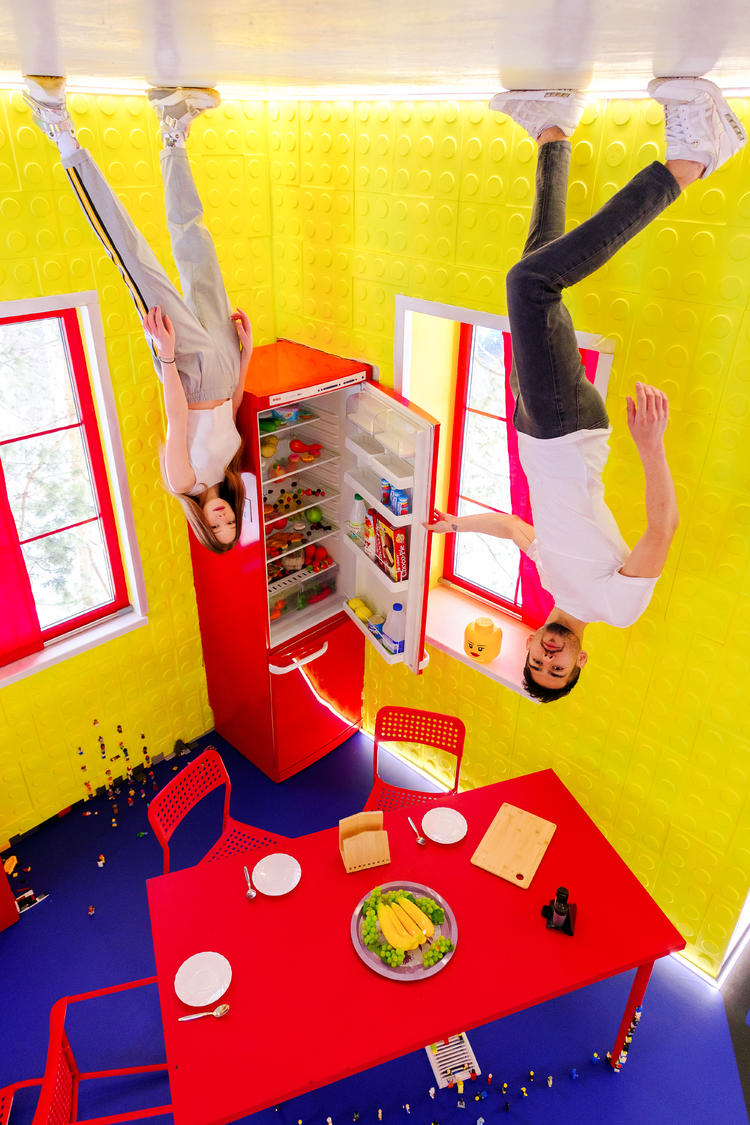 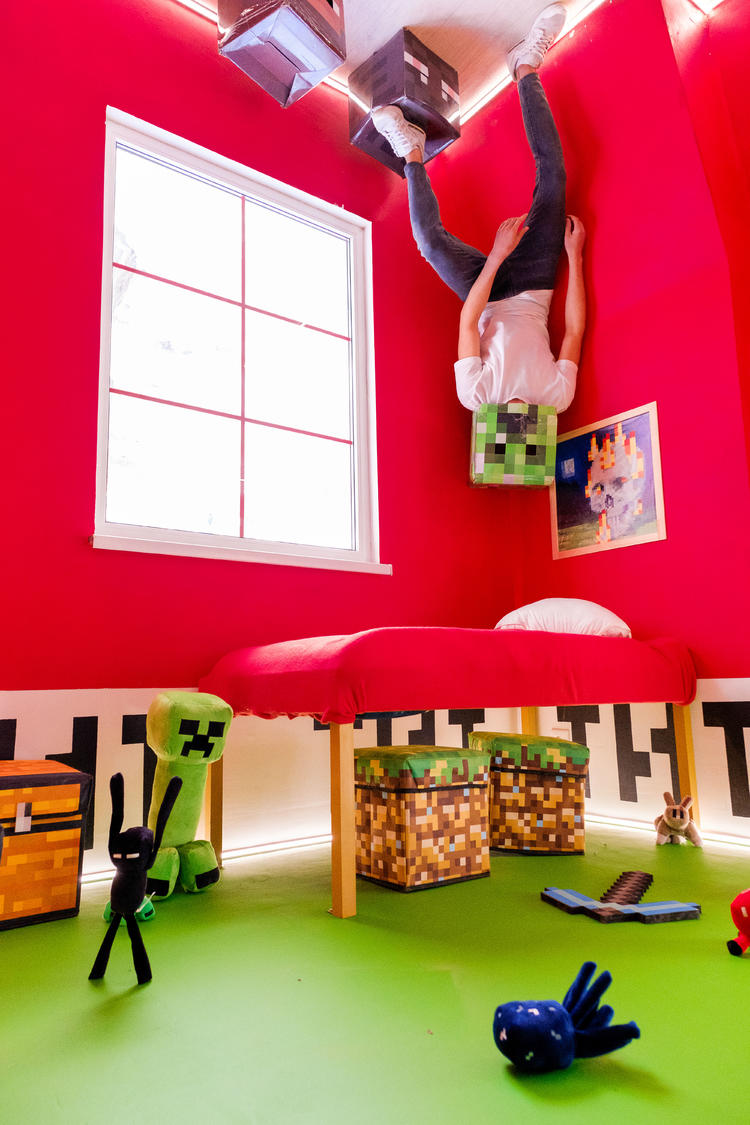 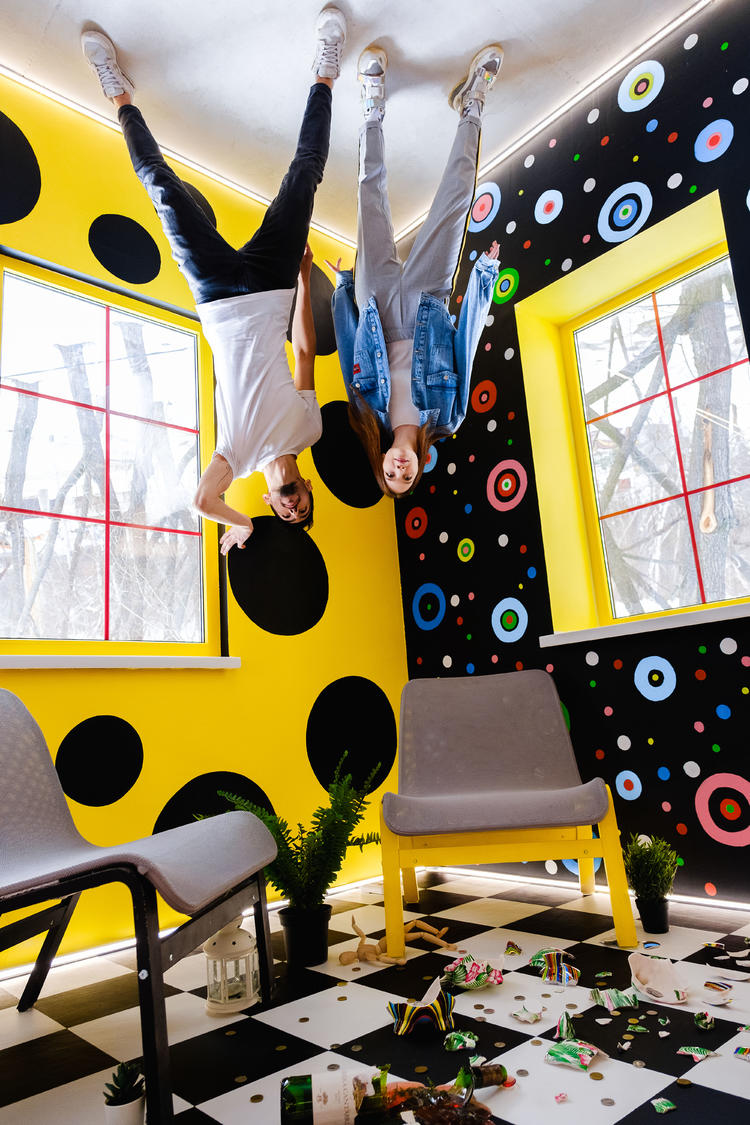