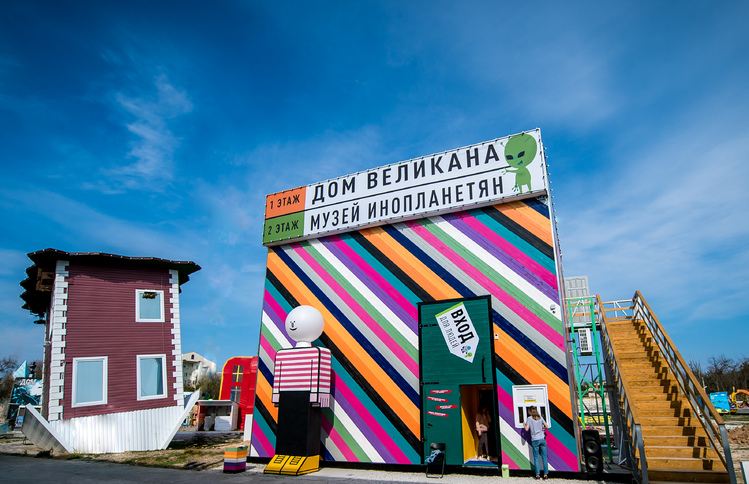 The giant's house
Museum of the Martians

April 7, 2019 opened its doors "the Giant's House" and "Museum of the Martians", this brand new project of the company "CULT STORY", which was developed by a team of designers 6 months before the start of construction.

"The Giant's house" is a 4-th project to be implemented in a cartoon style. We picked bright colors and combinations to make guests feel in a fairy world, and thence they had a lot of bright pictures for memory.

This space leaves no one indifferent, children and parents enjoy playing in the large LEGO bricks, a giant "Jenga", painted on the walls and, most importantly, inside the house feel like tiny people, and adults return to childhood, remembering his adventures under the table!

And it all works together with the "Museum of the Martians", which contains within itself 10 exposures placed in flasks. The little aliens are made as realistic as possible, create the impression of living beings.

Also, we have developed 5 exposures of members of the human race that left the earth a million years ago and evolved. We have reproduced the spaces in which they live, after returning to earth